Welcome to the world of Goat Yoga, Because everything’s better when you add goats! 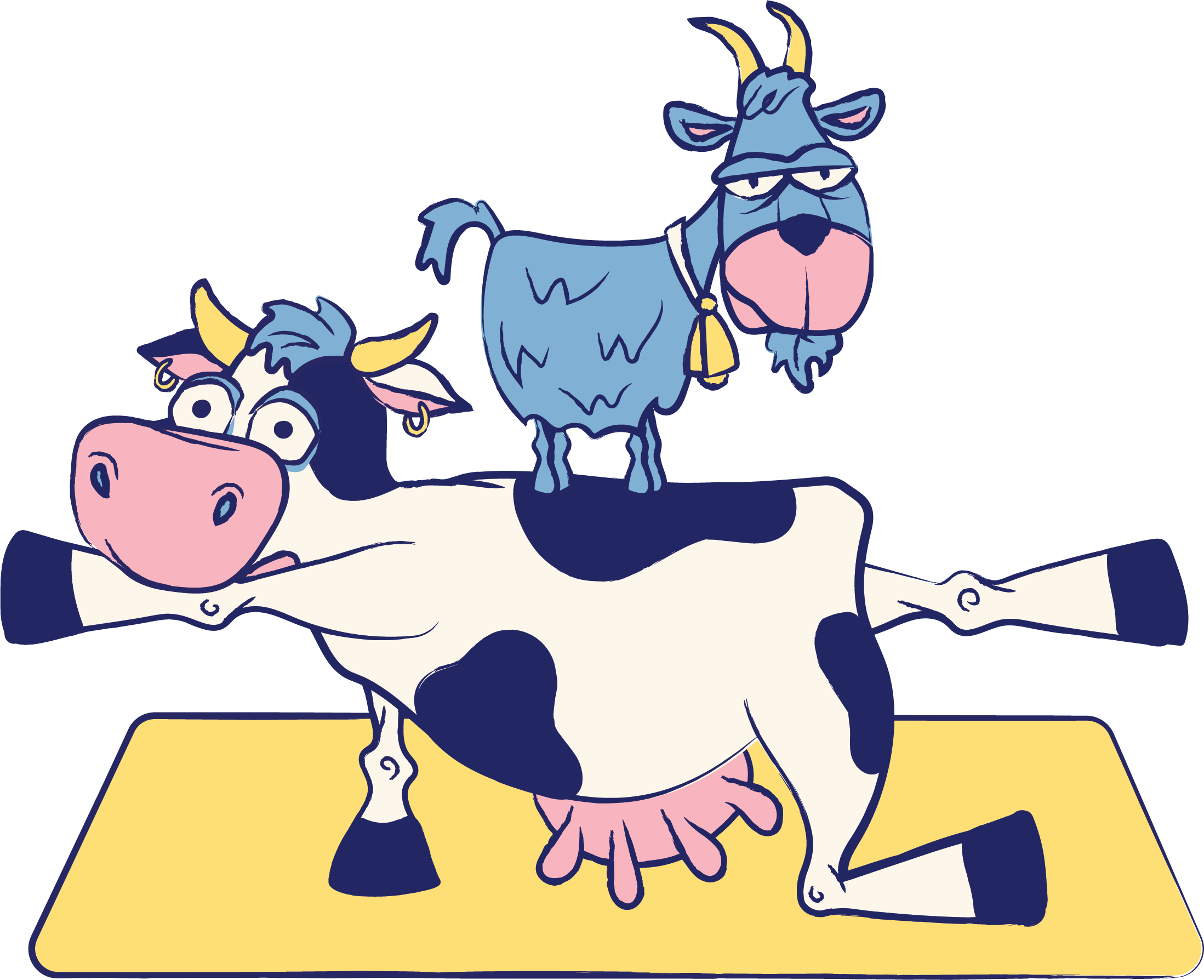 America loves goats, and yoga, so why not put those two things together? Yes, goat yoga is a new fitness trend that’s wildly popular, and it’s exactly what you would expect. The yoga class starts and everybody gets warmed up, then they bring out the goats.

Thing about this particular animal is, they have zero tact as they do whatever they want. Also, goats very loyal and compassionate. But better put up your hair if you want to attend a class or the goats might chew it up. They’ll climb on your back, they even have little goat confrontations while standing on people, and they may, um, pee and poop on or around the attendees.

Goats are chaos added to the serenity of a yoga class. This adds a random element to it, so while you’re doing your ground pose, you all of a sudden have a reckless animal that might have to go potty, jump up on your back. It’s kind of a Yin and Yang thing, so while being really fun, it’s also a good way to add a new element to your meditations.

And what’s more Farm Life than goats and poo? So we designed a shirt to celebrate this weirdly awesome trend. Check them out here, who knows, maybe it’ll let the goats know you’re cool. Order your That Is Farm Life Goat Yoga T-shirt Now!

It’s natural for goats to find higher ground, so when you’re doing your ground poses, you are the higher ground. You’ll have goats walking all over you, and they range in size from kids to adults, depending on where you go. And people say their faces hurt from smiling so much after the class.

This whole craze started in 2016 at a farm in Albany, Oregon. They offered what they called “Goat Happy Hour” where people could just come hang out with the goats and have a relaxing time. Then a yoga instructor asked if she could have a class out there. Soon, the aptly named business, Goat Yoga was born. Shortly after they opened, there was a huge wait list of 2,400 people. And it’s been growing ever since.

You can find goat yoga classes across the country now, so attend one if you can, doesn’t it sound fun?

Powered By OpenCart
That Is Farm Life © 2021